Explore the Science of Spring 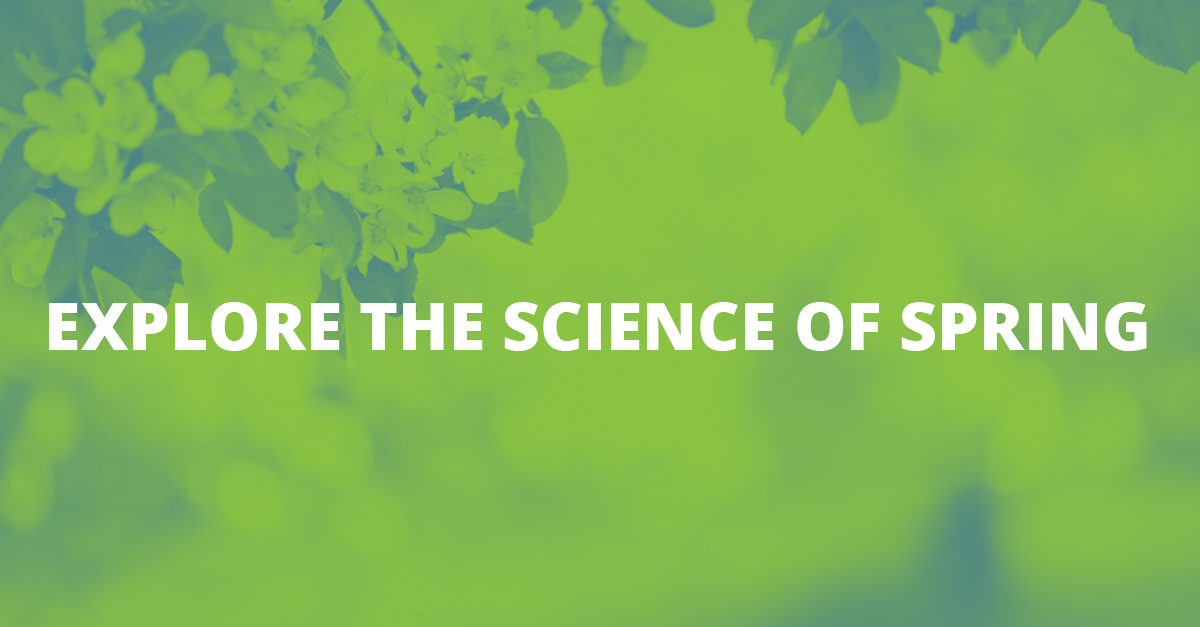 Does your homeschooler know the symbolic date in March that marks the beginning of spring? Does he know why this particular day signals the change of seasons? As you welcome budding trees, the return of song birds, and this month's warmer weather, now is a great time to teach your young astronomer the specific scientific facts that cause Earth's vernal equinox.

What is the vernal "spring" equinox?
Equinox is derived from the Latin aequus (equal) and nox (night), and when translated, it literally means "equal night." This amazing celestial event occurs twice a year. As Earth orbits the sun, it also rotates on its divinely-designed axis at a 23.44 degree angle relative to its plane of orbit. Around 150 B.C., the famous Greek astronomer and mathematician Hipparchus first discovered the precession of the equinoxes, as he observed where the sun crossed the celestial equator. However, it would be centuries before the science of the seasons would finally be unraveled.

What occurs during the vernal equinox?
For most of the year, Earth tilts either toward (summer solstice) or away (winter solstice) from the sun in the Northern Hemisphere. However, on the two equinoxes (spring and autumn), Earth's position and tilt cause the sun to pass directly over the equator. According to the LIFEPAC® 3rd Grade Science Unit 7 Worktext curriculum from Alpha Omega Publications®, God planned this tilt to bring a change in Earth's climate and create the seasons. Because the sun is positioned directly above the equator during a spring equinox, day and night are about equal in length all over the world.

According to the NOAA’s National Weather Service, this monumental moment occurs as the sun positions itself and crosses directly over Earth’s equator in the Northern Hemisphere on the first day of spring. At this same moment in the Southern Hemisphere, an autumnal equinox simultaneously occurs, making spring and fall opposite seasons. Because gravity and other scientific factors change the length of an astronomical year over time, the equinoxes will occur at different times and even on different days (spring: March 20 or 21 & fall: September 22 or 23) in coming years.

How can you best illustrate the vernal equinox?
Although a detailed diagram is a great way to explain the reasons for the seasons, your hands-on homeschooler might enjoy learning this LIFEPAC lesson even more with this simple, easy-to-do experiment:

First, place a five to six foot stake into level ground unobstructed from the sun (or use an existing feature like a fencepost, signpost, flag pole, or street lamp).

Next, on the first day of spring, have your child go out at one hour intervals (from 9:00 a.m. to 3:00 p.m.) and mark the location of the top of the stake's shadow on the ground. As your child records his results, have him note the straight east-to-west line formed by each shadow measurement on the level ground. This unique result takes place because the equinoxes are the only days of the year that the shadow cast creates a straight east-west path due to the spin axis of Earth pointing 90 degrees away from the sun.

Lastly, complete your equinox experiment by having your child repeat the above procedure a few weeks after the vernal equinox has passed. This time, as your homeschooler traces the stake's shadow on the ground, the line will be curved rather than straight.

When you consider the amazing factors that cause the seasons and the vernal equinox in particular, you'll enjoy spring even more by understanding the science behind it! More importantly, as a Christian homeschooling family, you can rejoice as you reflect on the One who created and controls the reasons for the seasons.

"Blessed be the name of God for ever and ever: for wisdom and might are his: And he changeth the times and the seasons" (Daniel 2:20-21).

What great information for our hands-on learners to use! After lunch today my 14 year-old was clamouring to explore the woods with her 10 year-old sister and 6 year-old brother, and my husband came back from the library with his 9 year-old son and 6 year-old daughter. They all ended up outside enjoying some springtime exploring: heard lots of birds that have come back to town, said the sun was so warm, found things to take pictures of like a pond, moss and fungus, tree formations and the last remains of snow and ice with trickles of water running underneath. They found numerous treasures: old trash to recycle into art projects, some wild 40 year old cars, wagon wheels, and even more than 20 old toilets! Priase God for springtime and modern landfills!