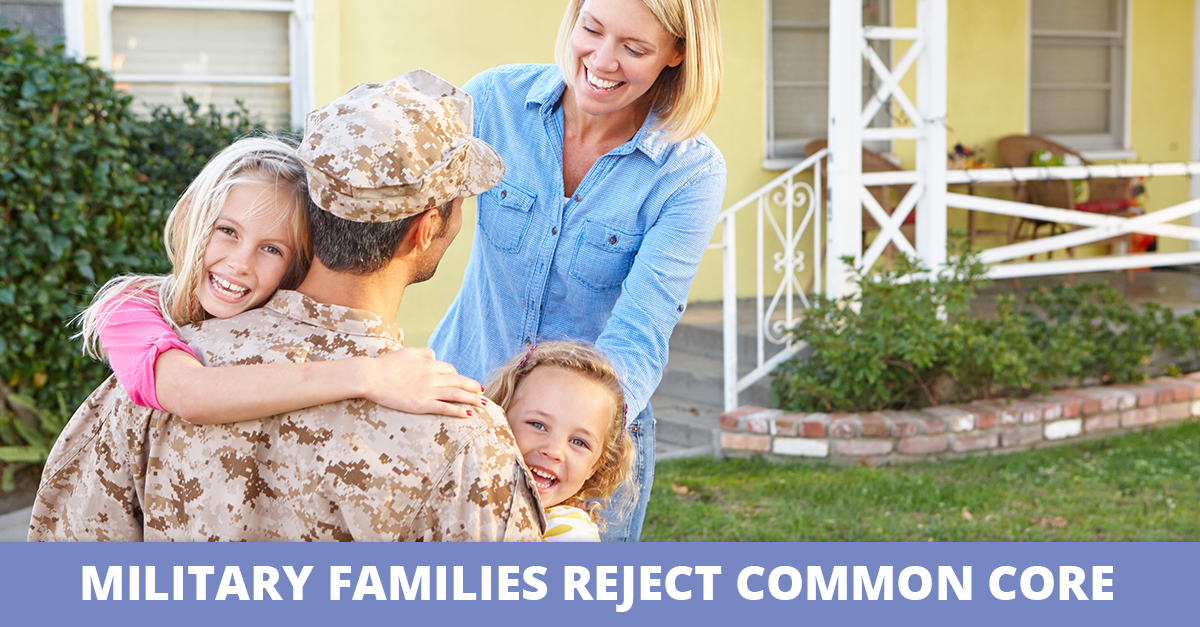 Proponents of Common Core argue that the state standards are necessary to provide a consistent education for those like military families who are frequently on the move. Ironically, Common Core is causing them to leave public schools in favor of homeschooling.

According to Breitbart News, “More military families are rejecting the notion that the Common Core standards are the cure-all for children who experience the disruptions of frequent moves and lengthy absences from parents.”

Back in 2001, an Army survey revealed that military families were already twice as likely to homeschool their children than the national average. Since then, homeschooling has grown dramatically nationwide, and it has skyrocketed in popularity since Common Core has been implemented.

In addition to personalized education and the freedom to choose how their children learn, the top priorities in homeschooling among military families are flexibility and more time with family.

“I initially decided to homeschool my children because my husband’s job had him deploying overseas for months at a time all during the year,” said a homeschooling mom from Texas. “While he was gone, it helped break up the time when we could go visit family. In the time he was home, we enjoyed going on vacation together. If I had put my children in public school we would be tethered to our home during the school year.”

Kimberly Hunt, a homeschool mom of two boys, agrees that teaching her children has been the best thing to help her two boys embrace the frequent changes of military life and maximize their time together.

“Common Core is really just a wolf in sheep’s clothing,” Hunt said. “What’s good for military children – indeed all children – is for parents to be as involved as possible in their education. They are the ones who know best what their children need.”

Alpha Omega Publications is proud to partner with those who serve our country. Call 888-982-8103 to speak with a military representative about discounts available on our homeschool and academy options.